SHUFL teams up with Greene King for No One Alone Campaign 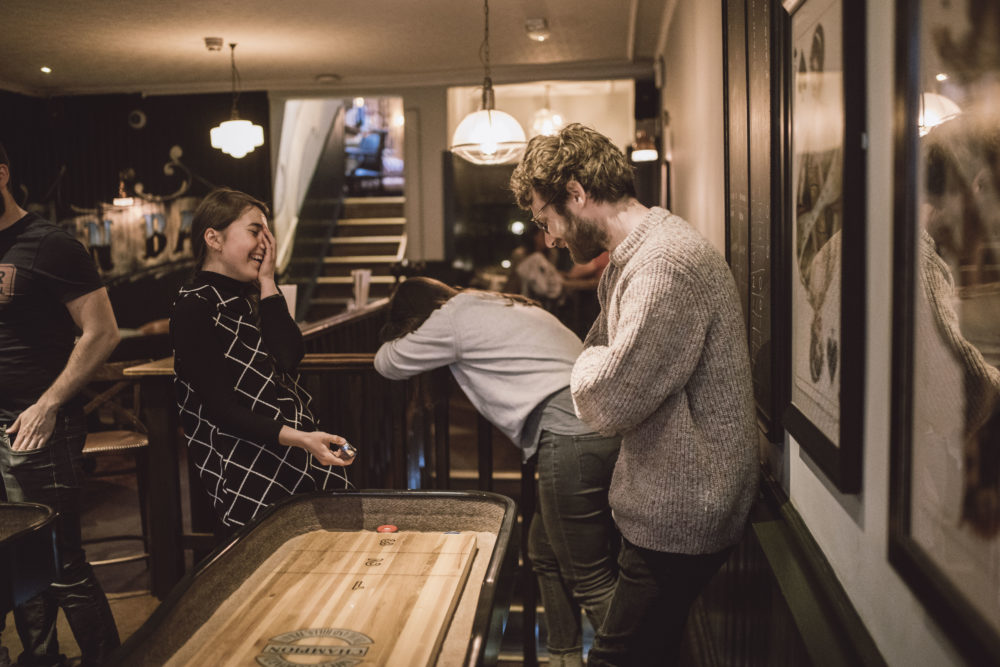 In a recent survey by UK research company YouGov, on behalf of Greene King, nearly one third of people between the ages of 22 and 37 said that they always or often feel lonely and 20% of millennials said they believe they have no friends.

At SHUFL, human connection and inclusivity is the name of the game and we were really sad to hear this. So, we were pumped to team up with Greene King and be part of their No One Alone initiative to reduce loneliness and tackle these worrying statistics.

As part of their campaign, selected Greene King pubs have been chosen as launch sites to host SHUFL Club, free weekly shuffleboard get-togethers hosted by SHUFL brand ambassadors, targeting 18 to 35-year olds and creating an opportunity to connect with others.

By bringing people together over an informal game of shuffleboard, where up to eight players can join in a game that is inclusive and doesn’t discriminate, SHUFL Club aims to reduce isolation and enable individuals to meet new people from their community.

SHUFL Commercial Manager, Ben Minter, said: “We’re delighted to be partnering with Greene King on the valuable No One Alone initiative. Pubs are the hubs of their communities and they have a powerful role to play in bringing people together.  Our goal is to establish the club as a regular ongoing feature, and we are looking forward to supporting the local communities around the selected Greene King pubs”.

The final launch event is happening on Monday 3 February at The Scholars Arms, Southampton

The SHUFL Club events will become regular events at the above pubs. For more information please contact the pubs directly or find your nearest Greene King pub here.