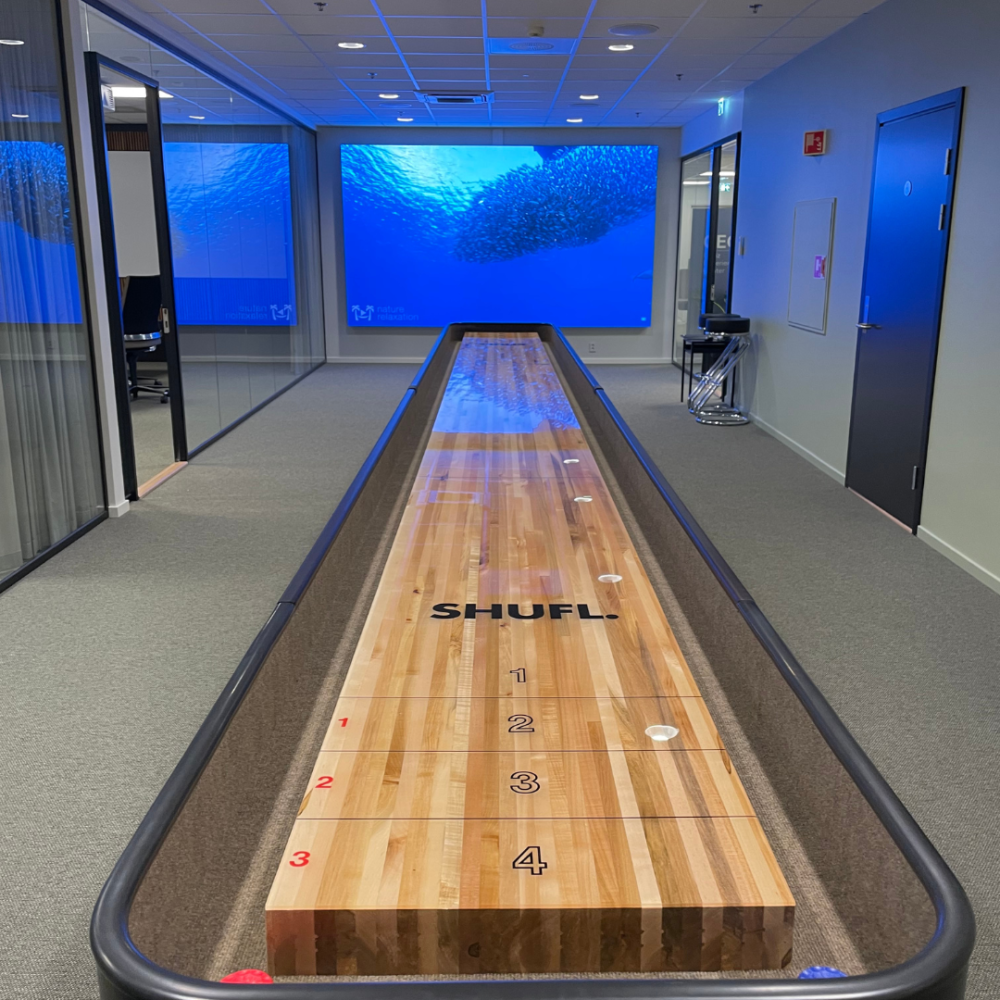 It’s not just pubs and bars who partner with SHUFL., there is also an increasing number of workplaces sporting a shuffleboard table or two.

Norwegian tech company Cyviz, which delivers smart solutions for offices and conference rooms, is only too aware of the importance of interactive, collaborative offices. They partnered with SHUFL. in 2021 to make social gaming part of their working environment, as a way of encouraging their employees to socialise and boosting employee morale with shuffleboard.

CEO of Cyviz, Espen Gylvik explains: “We wanted to mix up the office environment and create a space that made it possible for everyone to have some social time with one another if they wanted it. One of our board members plays a lot of shuffleboard and he recommended getting a table for the office.

“Since SHUFL. installed our impressive 22ft shuffleboard table, our employees have really taken to it. It’s working very well.”

The company’s employees play shuffleboard several times a day and it is steadily becoming more popular as people discover how fun and inclusive it is.  Positive employee feedback has also centred on the unique SHUFL. Curve.  The concave playing surface that enhances the gameplay experience is proving very popular with Cyviz employees.

As a result, the company has seen a noticeable uplift in employee morale with colleagues coming together around the shuffleboard table regularly throughout the day.  One of the main benefits has been that employees who previously tended to sit at their desk for long periods are now interacting by playing and being much more sociable, which has led to everyone getting to know more people, including those they wouldn’t necessarily speak to on a daily basis.

In addition to informal socialising, they have hosted some small meetings around the table, while playing, and also combined playing shuffleboard with a wine lottery.  The company has even set up a small tournament league between some of the workers.

Overall, employees say that they have felt less stressed at work, and that shuffleboard has allowed them to take breaks and socialize when they want to or feel they need to. This has increased employee happiness throughout the office, and they love that shuffleboard has played a significant part in this change.

Find out how shuffleboard can contribute to employee wellbeing and enhance your office space here.