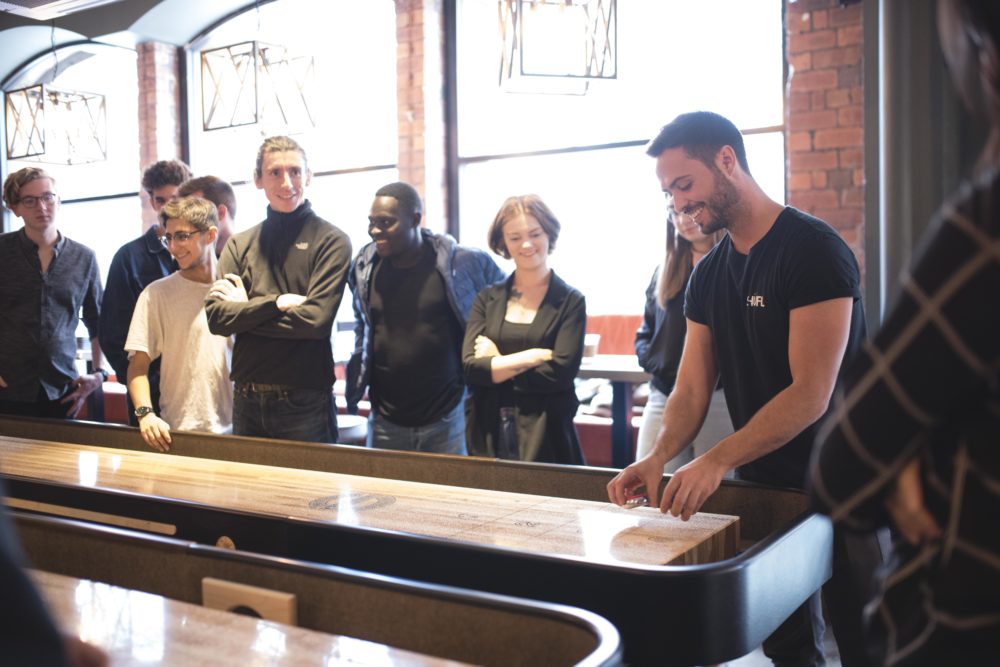 Say hello to Ryan, our Business Development Manager. He’s 27, lives in Deal, beside the sea in Kent and is a pretty easy-going guy, except when he’s hungry!

He has been both a General Manager in the Hospitality industry and toured internationally performing as a drummer, giving him a great grounding in the entertainment and social sector.

Now, he’s responsible for developing new business opportunities for SHUFL and spreading the word about the benefits of shuffleboard to the UK On Trade market. He builds partnerships with some of the UK’s biggest pub groups as well as passionate, forward-thinking independents.

He loves working with a small, dedicated team, introducing an entirely new gaming concept to the UK. No two weeks are ever the same and he enjoys meeting all sorts of dynamic entrepreneurs.

Want to get to know Ryan better? Why not schedule a demo and find out about our outrageously good revenue share options! Call: +44 333 012 4135 or click here.