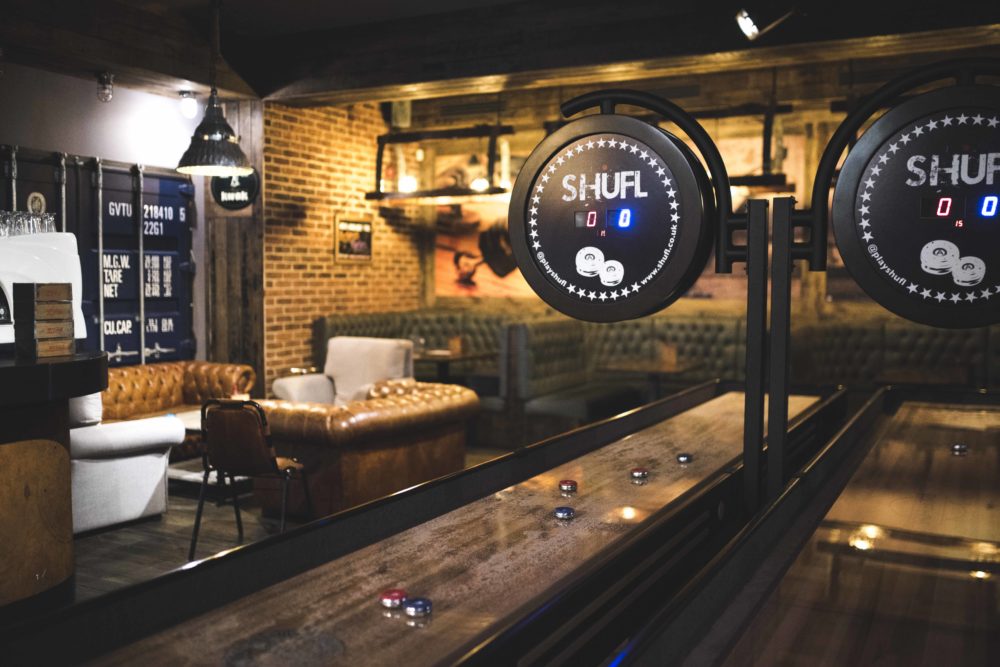 Here at SHUFL, we’re getting behind the #tryjanuary campaign to encourage people to try shuffleboard, a relatively new bar game in the UK, at what is traditionally a tough time of the year for the on-trade.

We work with pubs and bars to boost their revenue by extending customer dwell time and increasing footfall.
Explains our SHUFL CEO Dafydd Evans, “The #tryjanuary campaign is a great fit for the SHUFL
brand. Although in the past it has been focused on getting people into the pub in January
specifically to try new food and drink, we fully support the campaign ethos and want to
extend it to experiential gaming. “We’re encouraging our existing partner outlets to use the hashtag in their social media and
in-house marketing as well as promoting discounted shuffleboard play throughout the month
of January to encourage people to visit their venue. The New Year is the perfect time to try
something new in your pub and give business a real boost.”

How it works:
In 2017 we installed two SHUFL tables in micro-brewery bar, Gasworks, Manchester.  Our main focus in the first few months was to build up the player community by training Gasworks’ staff to understand the rules of the game, hosting a launch event to introduce the game to Gasworks’ customers and suppling POS to help raise awareness.

One year later and the results speak for themselves: game play has increased on average 20% month-on-month, generated sizeable additional revenue in food and wet-led sales resulting in a total revenue of £206,731 in the first twelve months.

Says Dockyard Group Operations Manager, Youssef Spiro, “When SHUFL approached meI’d never heard of shuffleboard but when I saw it in action, I loved it immediately because it was niche, it was something different. We already brew our own beer but anything we are doing that other people aren’t, the more reasons customers have to come here.“

“SHUFL hosted our launch event, which took place midweek and was very intimate. There was a lot of one-on-one teaching people how to play. We brewed a beer specially for the occasion that was really well received. It gave us a taster of things to come and since then, it’s got bigger every week.“

“It’s certainly great for midweek as it brings people in and increases the time they spend here. When the tables are really busy, we’ve found that people are happy to leave a deposit and stay for a drink for an hour, while they are waiting for the table. This has been a fantastic benefit we hadn’t thought of previously. We also get some rentable revenue from
the tables which pays for any extra time we spend showing people how to play. One of the main benefits for us though, is that it creates atmosphere. When you have, say, fifteen people in the bar and four of them are playing SHUFL, they are cheering and laughing, which they wouldn’t be otherwise.“

For more information about becoming a SHUFL partner or about bespoke SHUFL events telephone: +44 333 012 4135 or email info@playshufl.com