How shuffleboard puts the 'Boom' in the Battle Bar offer 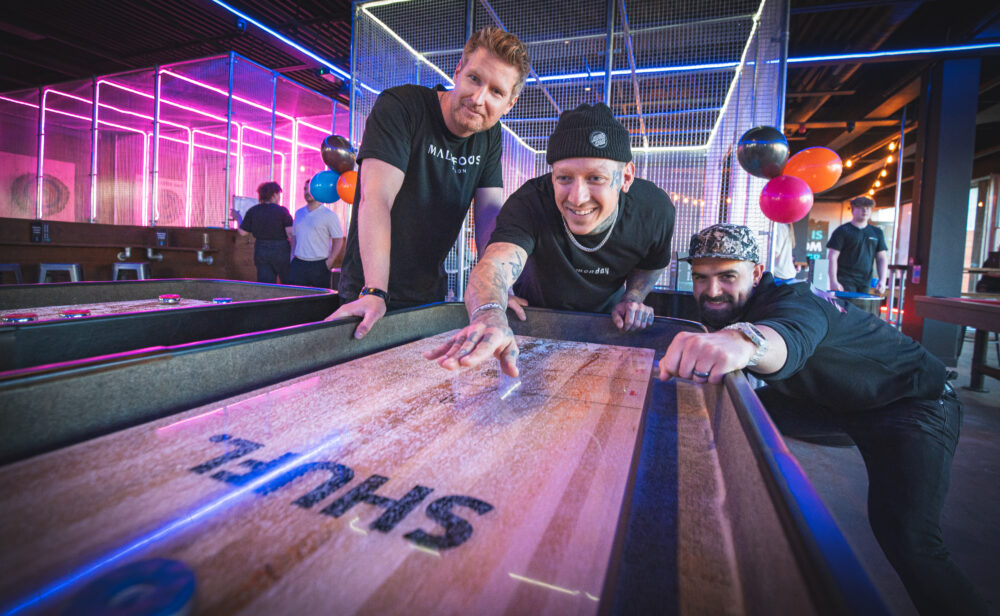 Boom Battle Bar has rapidly established itself as a leader on the UK competitive socialising scene Since opening their first venue in Norwich back in July 2020, the world’s first battle bar now has a staggering18 venues across the UK with six more in the pipeline.  Here’s how shuffleboard puts the ‘Boom’ in the Battle Bar offer.

Invested in the best shuffleboard

Boom Battle Bar’s commitment to shuffleboard is unrivalled and you’ll find no less than 43 (and counting…) of our epic championship-grade Play SHUFL. tables featuring the revolutionary Curve, across all18 of their venues. As well as 18 and 22 footers, you’ll also find several Bank Shots.

Says Boom Battle Bar Founder & CEO, Elliott Shuttleworth: “When looking to provide the ultimate shuffleboard experience for our guests, there was no partner quite like Play SHUFL. in terms of quality and service. Our activities are at the heart of our concept so the quality and delivery of an authentic gaming experience is crucial.  This really influenced our decision to partner with these guys.

“Their market-leading tables are premium quality and durable, which means they stand up to the rigours of a high-traffic environment.  They also feature the concave playing surface that sets them apart from standard tables. Another key factor for us is the ongoing support that they bring to our venues through their extensive shuffleboard expertise, understanding of the competitive socialising sector and marketing support.”

Revenue generation and point of difference

By becoming a Play SHUFL. partner, Boom Battle not only wanted to generate revenue through a high volume of game play and an increase in F&B sales, they were also looking for a real point of difference to stand out from the crowd. To help them become market leaders in a highly competitive industry, Play SHUFL. has worked with them to install full size shuffleboards that feature the legendary concave playing surface and delivering added value support via our Puck Squad with table hosting, staff training and POS at each Boom Battle site.

When it comes to revenue generation, shuffleboard is one of their highest performing games on offer, generating between £3500 to £5000 per month in game play from 2 tables.

Says Ben Minter UK Country Manager: “Boom Battle Bar is a prime example of a SHUFL partner who is reaping the benefits of committing to their shuffleboard offer by featuring multiple full-size tables in each venue and continuing to innovate by adding our Bank Shots.  It’s really exciting to be part of their ambitious growth plans and help them deliver a premium competitive socialising experience.”

Whether you’re looking to get the work crew, the girl gang or even the fam together, the Boom Battle offer has you covered.   Combining street food, well-stocked bars with Instagrammable cocktails and their own Boom Battle Beer plus an array of premium, next-generation activities including Bavarian Axe Throwing, Crazier Golf, electric darts, Skee Ball, digitised Beer Pong as well as shuffleboard.  These guys know a thing or two about throwing a party!