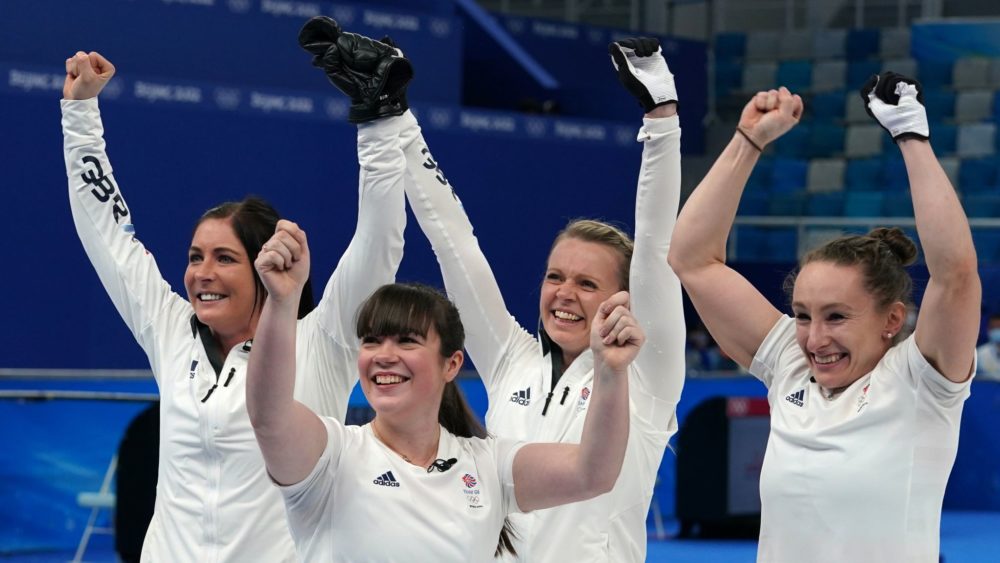 We’re celebrating female champions for International Women’s Day (IWD) 2022, shining a light on a couple of inspiring females at the top of their game in two sports that are hot right now: Shuffleboard and Curling.

If you didn’t already know, the current reigning European Shuffleboard Champion is female. Norwegian Yvla Thorsrud was the victor of the last tournament, held in London in 2019, successfully defending her 2018 title.  You can imagine our excitement when Scottish skipper Eve Muirhead led the GB Women’s Curling team to victory and bagged Olympic Gold in Beijing!  It took us right back to London’s shuffleboard showdown in 2019 and got us thinking about how awesome an Yvla v Eve puck off on a SHUFL. table would be!

Shuffleboard and Curling – essentially shuffleboard on ice – have lots in common: competitors play alternately from two ends, you score points by landing and keeping your stones or pucks in the scoring zone, and both games can be played in teams of up to four.

We’re so pleased to be celebrating female champions; Yvla and Eve, two awesome female sliders, would make for the ultimate shuffleboard showdown! Here’s how we reckon an Yvla v Eve match would stack up, based on previous form:

So, who’s your money on?

Fancy yourself as a future Yvla or Eve?  What are you waiting for?! Get on a SHUFL. table and get practising and who knows it might be you we’re celebrating as a female champion on IWD next year.  Find out where to play SHUFL. here.