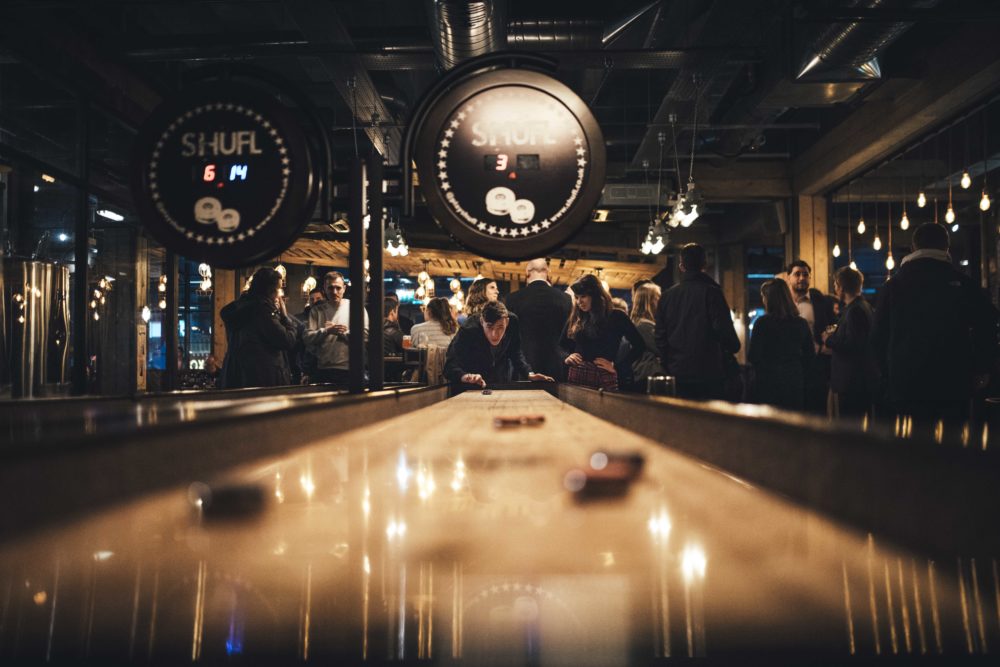 Says Dockyard Group Operations Manager, Youssef Spiro, “When SHUFL approached me I’d never heard of shuffleboard but when I saw it in action, I loved it immediately because it was niche, it was something different.  We already brew our own beer but anything we are doing that other people aren’t, the more reasons customers have to come here.”

“SHUFL hosted our launch event, which took place midweek and was very intimate.  There was a lot of one-on-one teaching people how to play.  We brewed a beer specially for the occasion that was really well received. It gave us a taster of things to come and since then, it’s got bigger every week.”

“It’s certainly great for midweek as it brings people in and increases the time they spend here.  When the tables are really busy, we’ve found that people are happy to leave a deposit and stay for a drink for an hour, while they are waiting for the table.  This has been a fantastic benefit we hadn’t thought of previously.  We also get some rentable revenue from the tables which pays for any extra time we spend showing people how to play.  One of the main benefits for us though, is that it creates atmosphere.  When you have, say, fifteen people in the bar and four of them are playing SHUFL, they are cheering and laughing, which they wouldn’t be otherwise.”