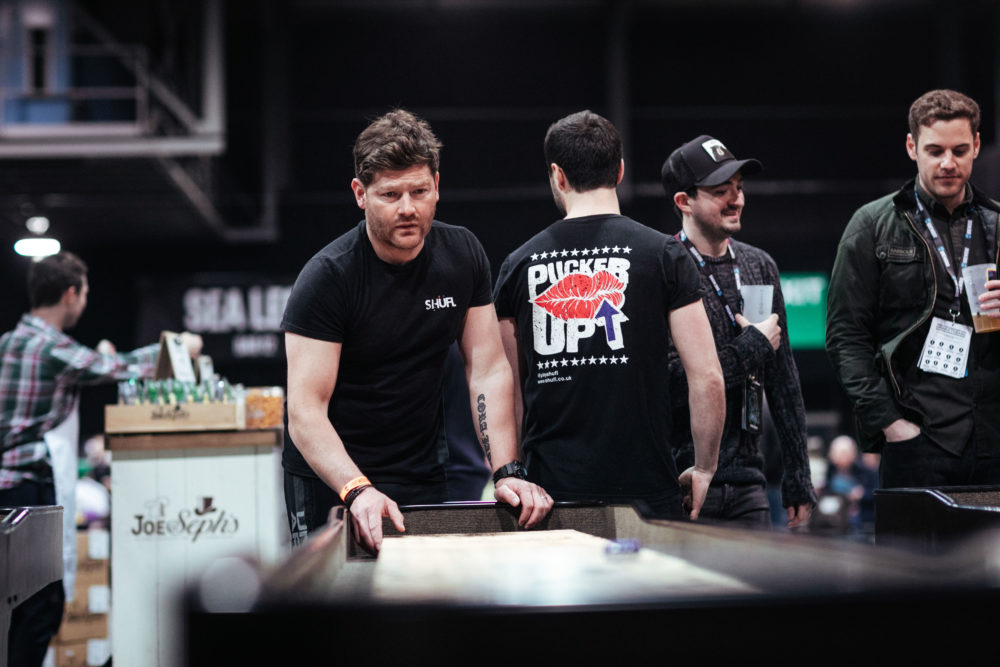 A joiner by trade, he has heaps of experience working on building sites across the UK.  When he saw the opportunity to transfer his skills to SHUFL, he jumped at the chance to take on a new challenge (and get to know some of the pubs and bars across the country!)

He’s our main man when it comes to installing our SHUFL tables, ranging in length from 9 to 22 foot.  With a bit of artistry, he’s mastered the art of balancing them to perfection so that the curve is just right.

His job takes him to lots of different locations, meeting new people and getting the inside scoop on some incredible venues.  His highlight so far was travelling to Berlin to install five tables at BrewDog’s new European tap room and brewery.

He loves introducing the game to new people and being part of the SHUFL team.